​​The Kensington Strollers is a round dance club. Round dancing may be referred to as choreographed ballroom dancing and is dancing where all those taking part do the same steps at the same time to the calls given by the Cuer. The steps which are previously taught enable the dancers to dance many different dances written to a variety of songs or music without having to remember all the steps to each individual dance. We dance to the following rhythms: bolero, cha cha, fox trot, jive, rumba, tango, two-step, and waltz. Round dancing is “called” in English and round dance clubs are found in many countries; such as Australia, Great Britain, Norway, Sweden, Germany, Japan, Taiwan and the U.S.
The Kensington Strollers led by Audrey and Glen Eliasson, started in 1990. Wednesday night instruction and dancing is for new round dancers and those who learned the basic steps in Two-Step and Waltz. Rumba is also introduced. Monday night dancing involves the bolero, cha cha, fox trot, jive, rumba, tango, two-step, and waltz rhythms.
​Audrey and Glen Eliasson have been teaching and cueing round dances since 1987 and started their own club in 1990. They have taught and cued in all the provinces of Canada except Newfoundland/Labrador and now teach beginners to phase three and some four in: bolero, cha cha, fox trot, jive, rumba, tango, two-step, and waltz. They dance at the Dutch Canadian Centre, 13312 – 142 St. Monday and Wednesday evenings during the dance season - September to April. 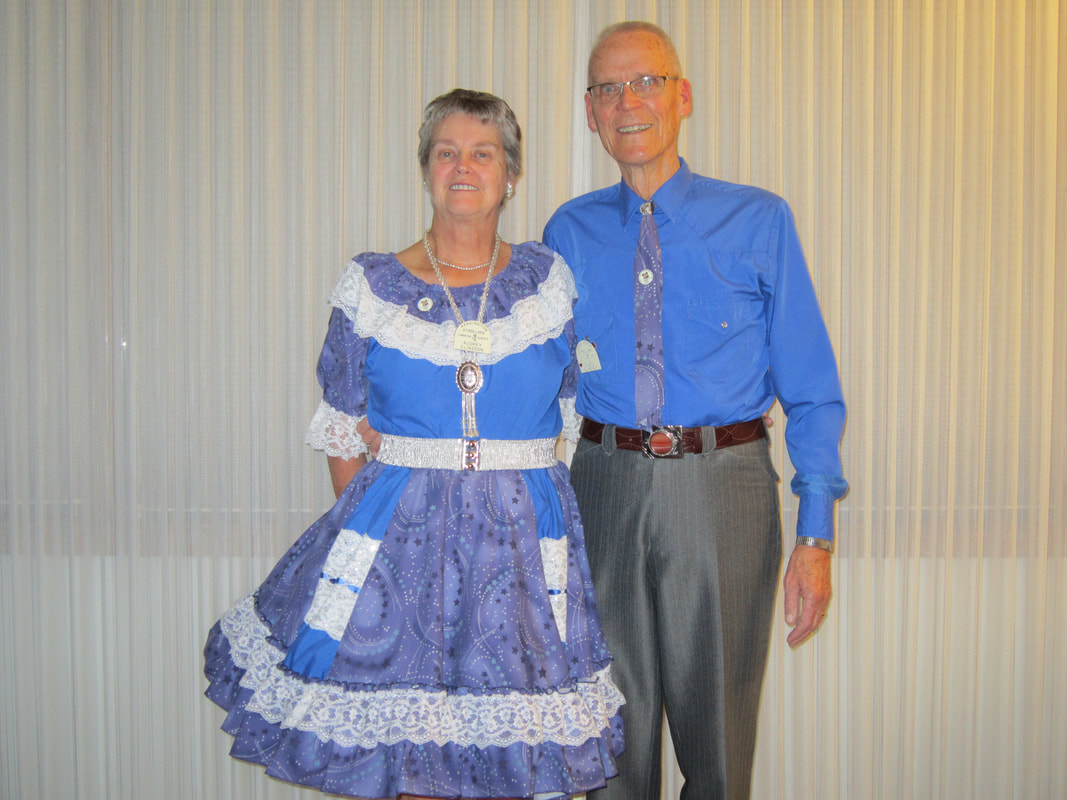